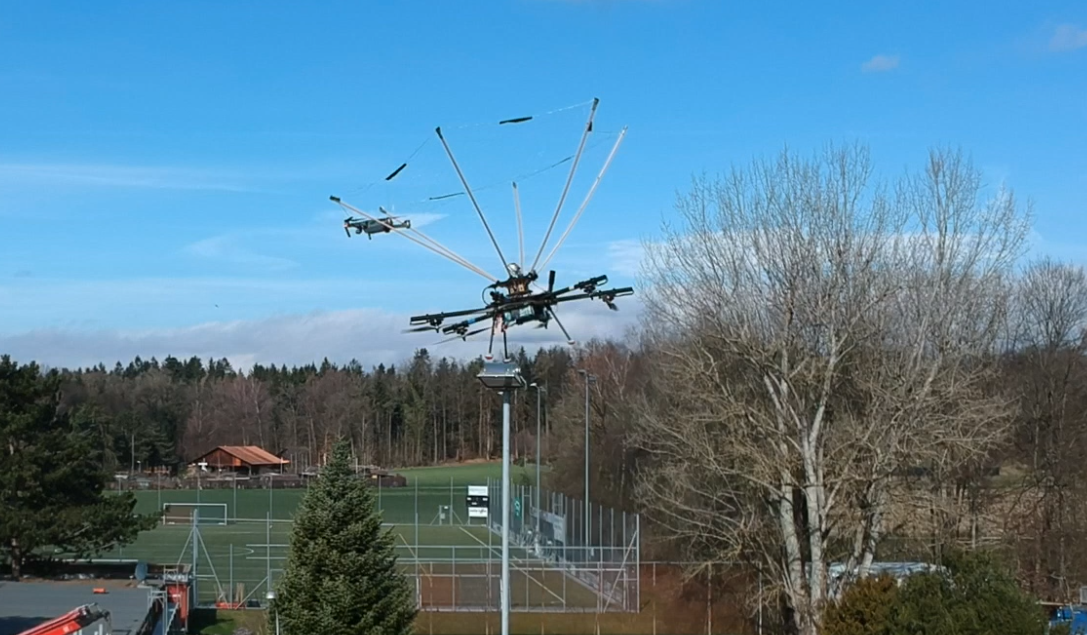 Since Red Sparrow proved to be very reliable indoors, we decided to go test outside and let our drone “run free”. We tested the position hold performance using normal GPS and then flew manually in the so-called stabilized mode, where the drone stabilizes its hover but does not hold the position. We conducted agility and top-speed tests and were very pleased with the performance of Red Sparrow, which easily paralleled and outperformed the DJI Mavic.

Flying manually and in stabilized mode we then caught the stationary Mavic for the first time, a great milestone for the team. However, it was very difficult to correctly aim when flying manually since estimating the distances mid-air proved to be more challenging than expected. To address this issue, we have now equipped our new prototype with a head tracking 3D-FPV camera, allowing the pilot to have a better view of the surroundings.