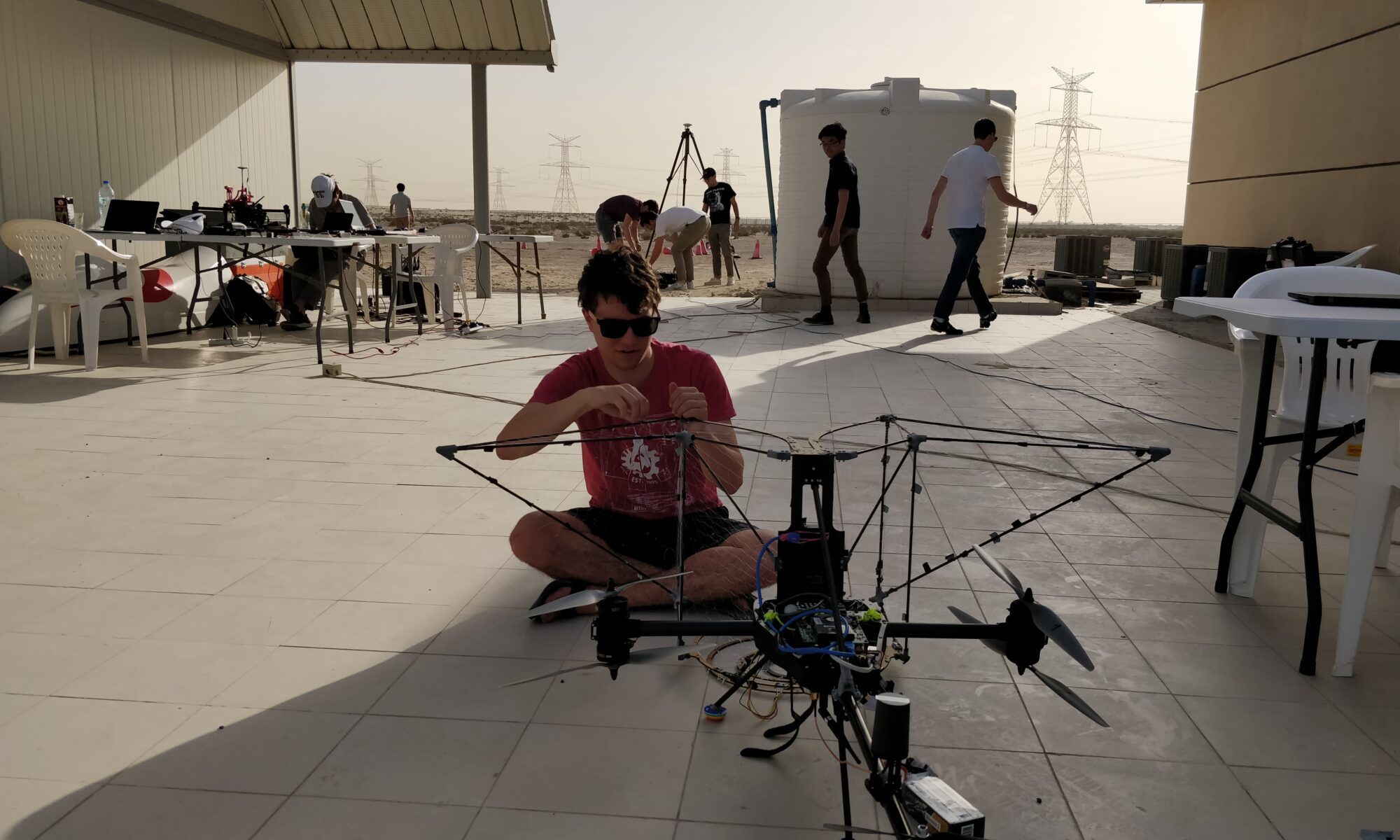 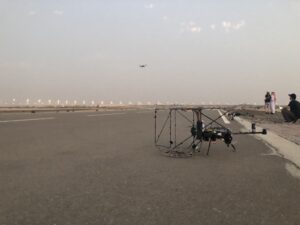 As you already know, a part of the DroGone team joined this year’s contending ETH team at the MBZIRC. On February 16th, we boarded a flight to Abu Dhabi, where ten days of toilsome work lay ahead. We were motivated to compete in this international contest and were excited to see the other teams’ approaches towards the challenge of catching a ball from another drone.

A large part of our time was spent testing our software in simulation, extending said simulation, and flying the Voliro-T in the desert. In this time, problems in the finite state machine (FSM) were solved and new functionalities were added between said FSM and the tracking module (e.g. reset of tracker, threshold tuning, etc.). Unexpected hurdles arose, one of them forcing us to reconsider in which frame the motion planning takes place. But ultimately, we were able to ensure that the entire pipeline worked together flawlessly in the controlled setting. 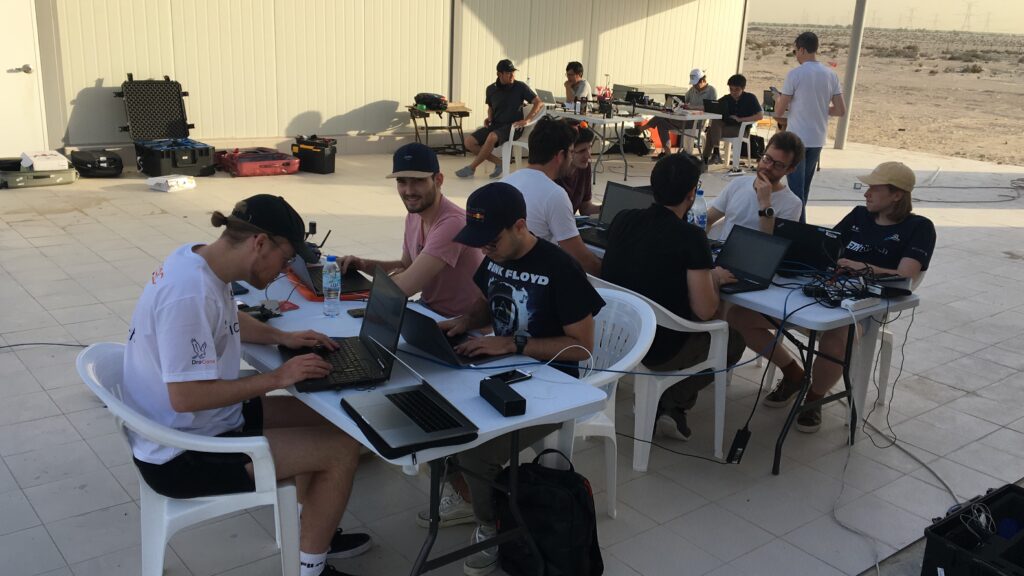 During this time, we started facing problems with our RTK system, which is essentially an extension of the normal GPS. It is the basis for our state estimation which tells the drone where it is. It took five days to realize that a cable had been damaged in transit and needed to be replaced, but afterwards we were able to successfully fly autonomously in the desert. 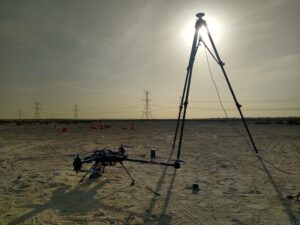 However, our first trial run in the challenge arena exposed even more problems with the RTK-system. It sporadically received the correct state estimation, but only briefly. This affected all teams and neither we, nor the ASL team had seen this before. Although everyone was working towards the root of this, we were unable to resolve it and had to conclude that some unknown source was interfering with our system. The result of this was that we were only able to take off once with the drone which was not enough for us to successfully catch the ball.

Nonetheless, we are thankful for the experiences and valuable lessons this challenge has taught us, enabling us to make substantial progress in the software department for our future prototypes.